The eclectic mayhem of LFW descended on London and I was luckily enough to go to the BFC show spaces at Somerset House. 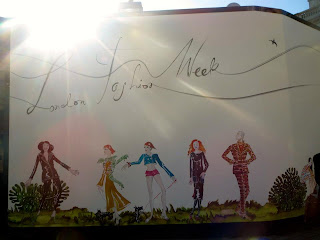 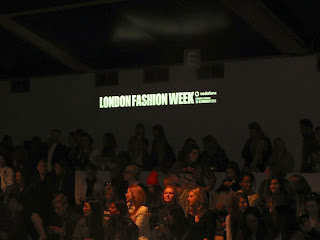 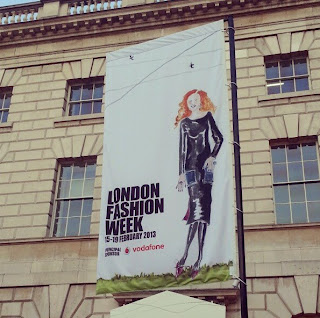 After getting the call from a good friend with a spare ticket to fashion week, the panic set in ... what an earth to wear.

Criteria - fun, relaxed, effort been put in but not too much and of course suitably "fashionie." You can judge whether I was successful in fulfilling this brief. 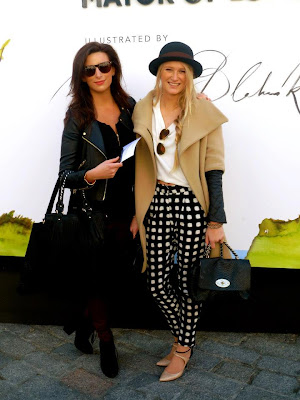 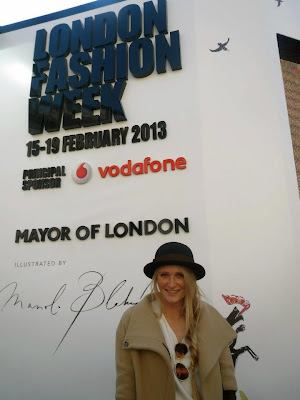 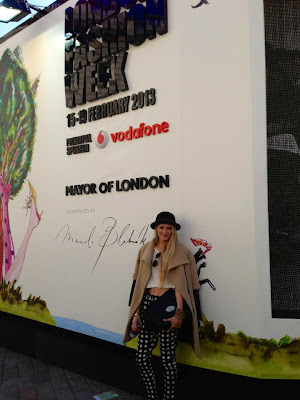 Somerset House was much quieter than previous years (I put it down to being the last day and the majority of londons fashionistas had now run out of inspiring outfits!) but there was still a fair number of people to take photos of and awkwardly pose for when requested. After using our tickets to blag one the mulberry LFW totes and taking photos of girls who caught my magpie like eye, here they are... 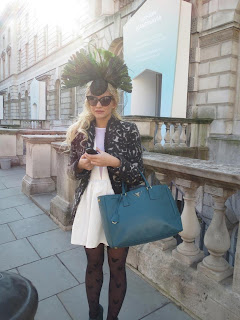 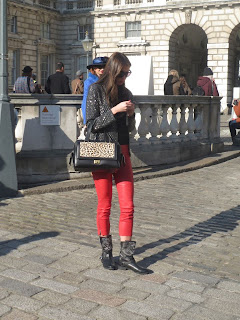 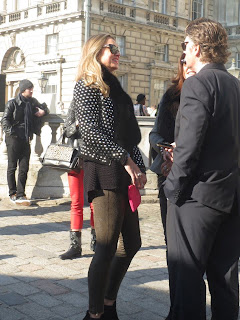 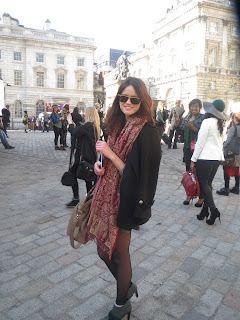 We headed into the show. And it was a great show Emilio De La Morena's playful autumn collection with hip skimming splits, latticed tops and dress showing a glimpse of flesh and 70's inspired print made for a cohesive and very wearable collection.